Lakeside was built by a man whose life took a most extraordinary turn, when he inherited one of the wealthiest estates in England. Born in 1818, George Affleck was the fourth living son of the Reverend Sir Robert Affleck of Dalham Hall, Suffolk. It is not certain when George came to Australia or why, but court reports indicate that he incurred substantial unpaid debts while living in Sydney in the 1840s. 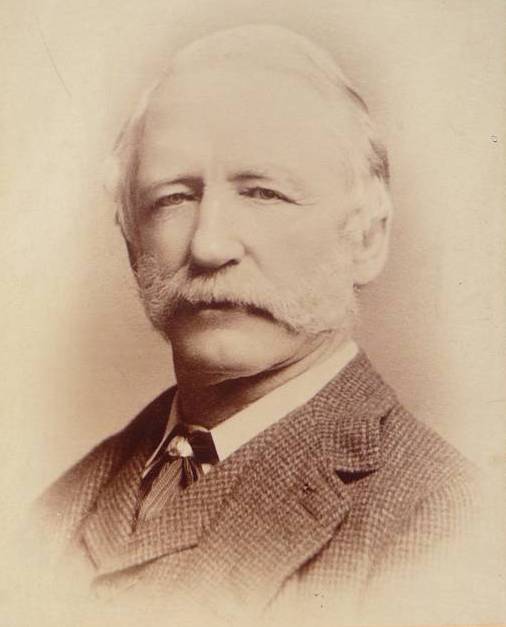 His fortunes changed in 1854 when George returned to England to claim a revisionary interest in his father's estate. By then living in South Australia, George sailed back home with £2000, which he used to pay off his debts, and look after his wife, Mary Jane, and their five children. But things took another turn for the worse after Mary Jane died in 1858. George struggled to find work as a labourer to support his family, ending up in the insolvency courts.

Sometime in the late 1860s, the Afflecks moved to Robe where George worked as a contractor and overseer, building and maintaining roads for local authorities. Land title documents indicate that by January 1879 he had saved enough money to purchase a small cottage and two acres of land on the banks of Lake Fellmongery. Six months later, within days of his 61st birthday, he received some incredible news.

George had inherited Swinton Park, the extensive Danby family estates at Masham in Yorkshire, covering more than 9000 hectares of beautiful countryside and a grand house filled with valuable objects. George was connected to the Danbys, not through his mother, as if often claimed, but through his father's side of the family. When the Danby line died out, George was named heir, on condition that he change his name. Despite accounts to the contrary, no title came with the estate.

Surprisingly, a local newspaper reported that George was far from pleased with his good fortune. 'He looks upon this windfall as an affliction sent to him to bring down his grey hairs with sorrow to the grave,' the report read. As duty dictated, George went back to England to take up his inheritance, but the life of a wealthy aristocrat was not for him and he soon returned to his family and friends in Robe.

George built Lakeside on the property he had acquired in 1879, with newspaper reports indicating that work was in progress in 1886 and 1887. Sparing no expense, he based the design on an Affleck family home in England. Originally intended to be two storeys, the house has seventeen main rooms, the largest measuring nine by six metres. Stretching the entire length of the house, the hallway is 2.5 metres wide and 40 metres long (the equivalent of two cricket pitches).

The external walls were built of limestone quarried from the Woakwine Range and transported to Robe by bullock wagon, then cut on site. The floors are Baltic pine, fixed with hand-made copper nails, and the skirting boards are blackwood and cedar. Large bay windows are a feature of every main room, letting in plenty of natural light. To provide light in the evening, the latest carbide-gas lighting system was installed, with copper pipes still running through the roof space.

Among the internal fixtures and fittings brought from Europe were eight Italian marble fireplaces and press-brass ceiling fixtures finished with gold leaf. George also furnished the house with a valuable collection of furniture and paintings, brought from Swinton Park. His pride and joy was the magnificent library, overlooking the lake. It was fitted with a huge blackwood and mahogany bookcase, with green leather dust protectors, embossed with gold leaf. 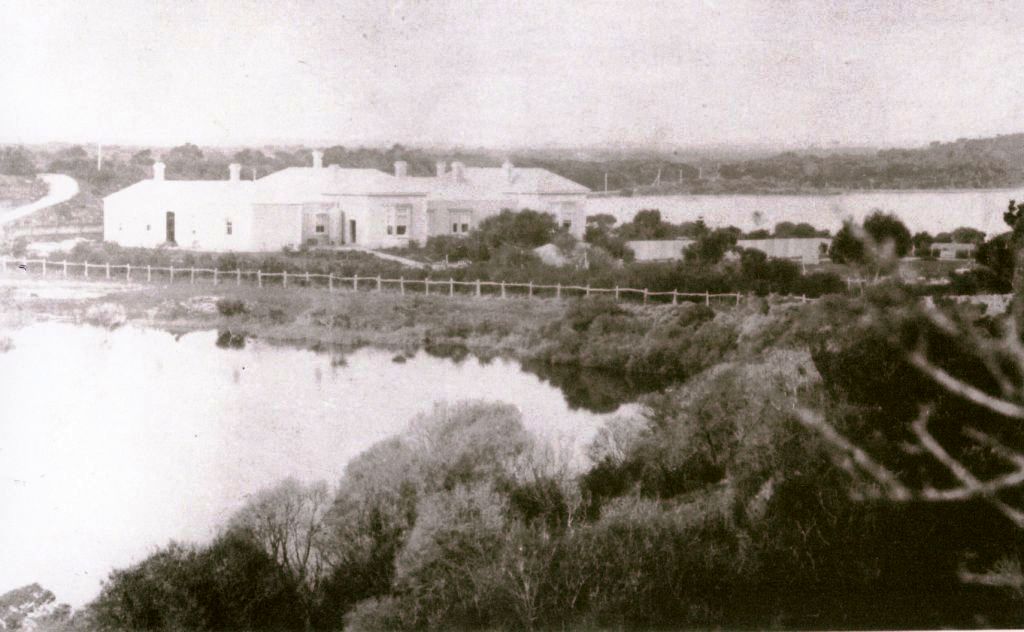 George didn't have long to enjoy his new house. He died in 1891, at the age of 73, and it passed down to his family. For some years it was the home of his daughter Louisa Moule, who took ownership in 1895, and shared it with her husband William and their niece Grace Goddard. Lakeside remained Louisa's home after William died in 1909 and she remarried in 1913, to H.J. 'Harry' McConville, former licensee of the Robe Hotel.

After Louisa died in 1919, the house was sold at auction to well known South East grazier Andrew Robson of Comung station, east of Robe. Robson later served as chairman of the Robe council as well as leading numerous community organisations. His daughter Toss Jamieson recalled that, for many years, Lakeside hosted a New Year ball with more than 200 guests, and contributed much to the social life of the community.

Since the 1950s, Lakeside has been used at various times as a guest house, restaurant and hostel. A caravan park now occupies part of the original grounds, with the heritage-listed stables serving as the office. Believed to have been built at a cost of more than £500, the stables have four stalls, enclosed by hand-cut teak and oregon timber pickets, and hardwood stump floors. At the back is a groom's room and storage space for a carriage. Upstairs is a large loft, which provided temporary quarters for famous Australian artist, Jeffrey Smart, when he came to Robe on a summer painting trip in 1947.